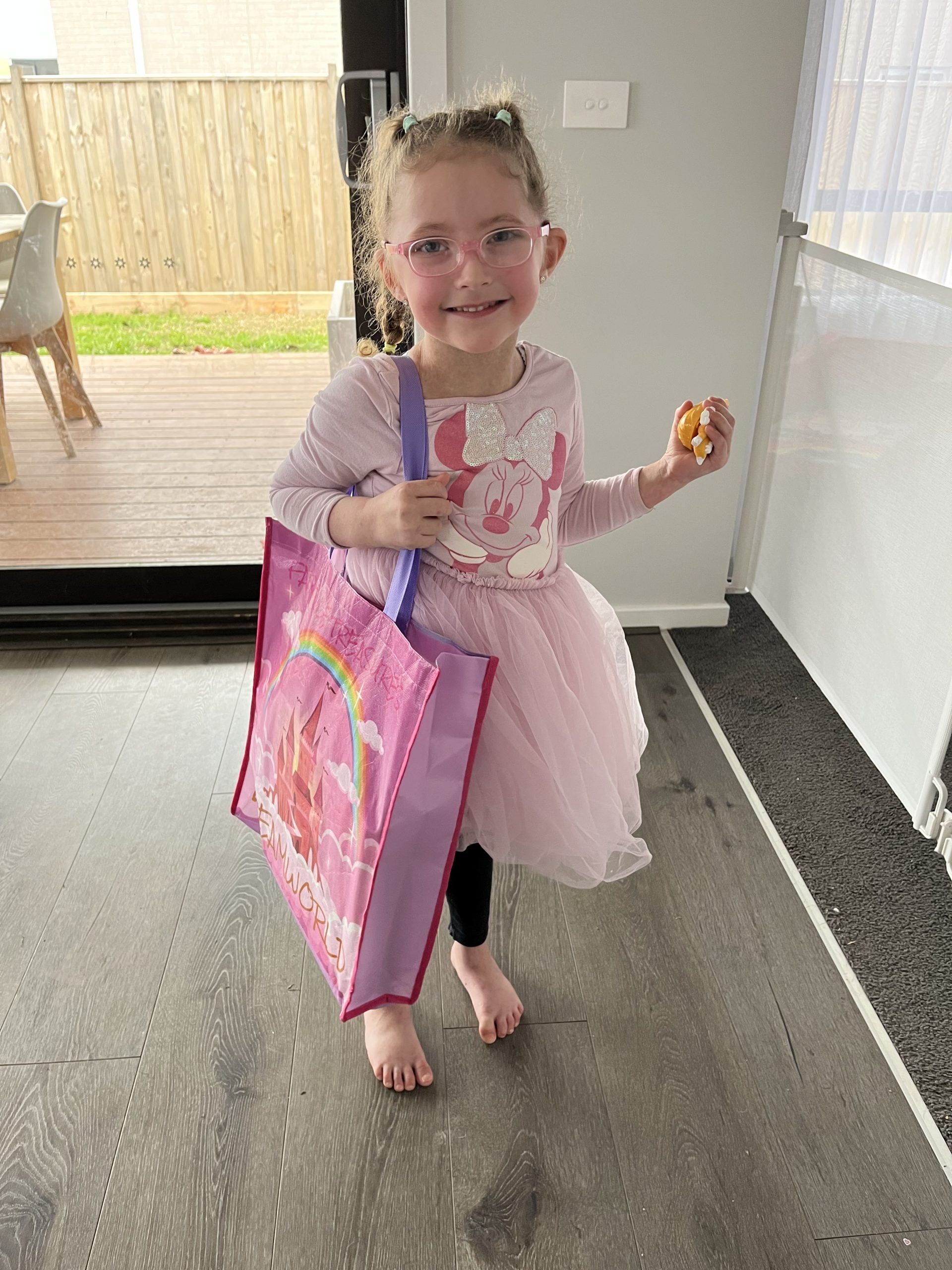 She had a blister and when they took the dressing off, her skin came off too. She was only four days old.

A few days after Blakely was born we noticed a little blister on her back. The hospital said it was probably the nappy rubbing on her skin. They popped a dressing on and gave us the all clear. The next day the blister had been oozing under the dressing and we were sent to emergency for a check.

They sent her straight to NICU and they put her into the humidifier crib which we now know is the worst for EB babies. She just started blistering from head to toe, her face, her back, her legs, her feet, everything, her skin just peeled off all over her body.

The first time we heard of EB was when it was mentioned in passing by one of the doctors, he said don’t google what it is but it’s a possibility. Straight away we were on google, and we were not prepared for what we saw.

Our first reaction was disbelief. They said it was genetic and we didn’t have any signs of it in our family. Then I was so angry, why my little girl, what did she do to deserve this. It was a mix of anger, exhaustion and confusion. I was very protective of Blakely and I didn’t want people to see her differently, to the point where I wanted to lock her away so no one would look at her, we were the only ones that could care for her. That guilt is always there.

We had to change everything we did with her and learn to care for her. And we had to control what everyone around us did, there were so many questions and people would stare at her. It was very overwhelming, very exhausting.

When she was little it was a constant guessing game, is she too hot, are her clothes bothering her, will I have to cut the tags off her clothes, does she need a cold bath. Now she can communicate with us and we know what is bothering her. It’s great that she can tell us but it’s heartbreaking too. The other day she came to me and said mum I have sores everywhere. I don’t want her to see us cry, and we have to hold our own emotions when she’s so upset, I don’t want her to feel that she’s different. There are times when she is so upset and she just wants to be cuddled but we can’t touch her, her skin is too sore.

Blakely is now four and attending childcare, they have been very understanding and she is happy there but I’m worried about school, I worry she’ll be singled out if she can’t join in some activities. It’s still a daily struggle, we don’t stop her from doing anything and it’s important to let her figure out her own limits. She doesn’t let her EB define her, she is such an active and happy little girl. She actually has started dancing which she loves! She certainly doesn’t let EB stop her and I want the world to know just how resilient and incredible she is.

A cure for us would mean relief, I panic a lot about when she gets older, school, family, having kids, travelling. We see the kind of pain she goes through and for us to be able to take that pain away – I’d give anything.