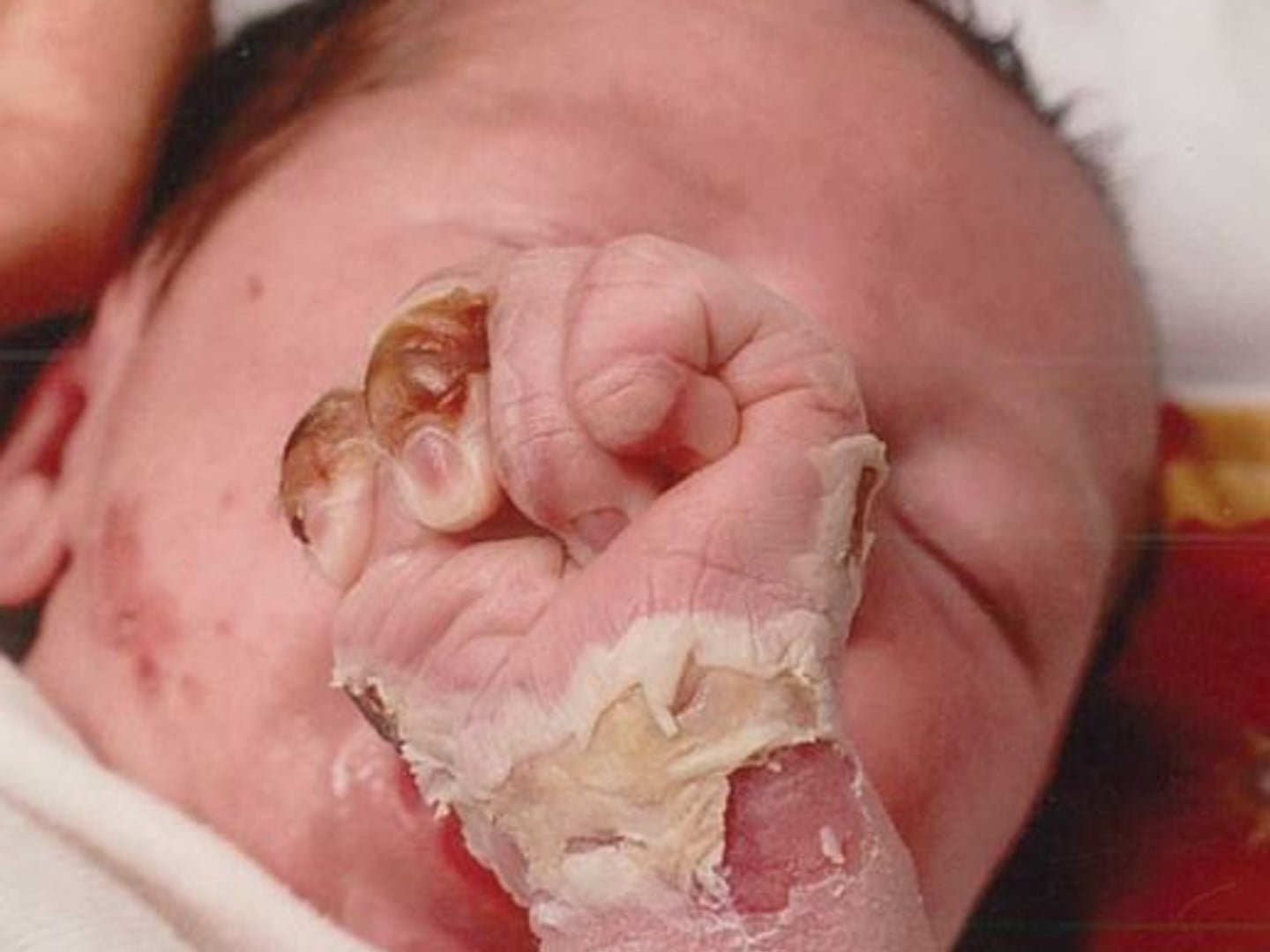 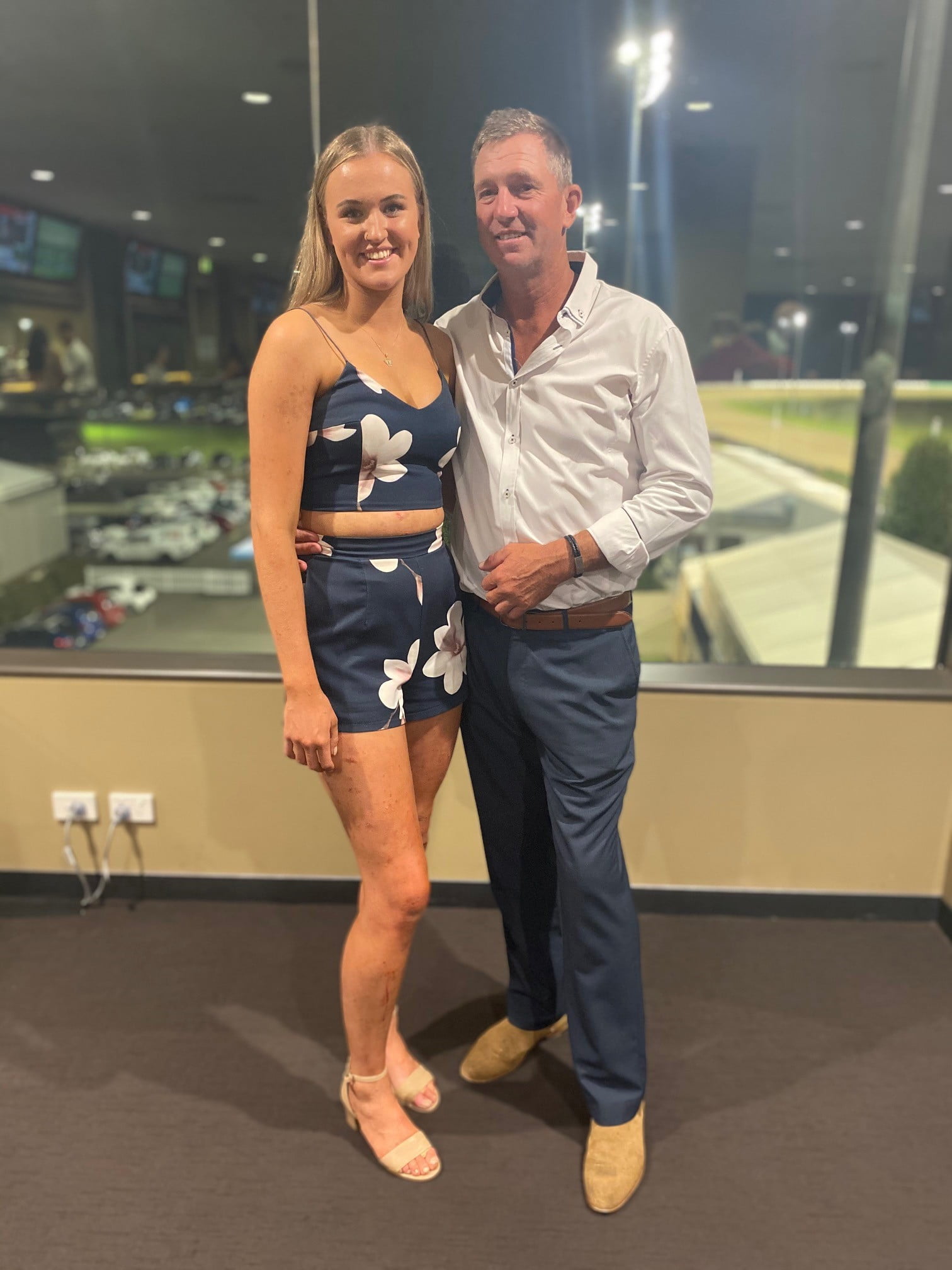 We just picked up this gorgeous little baby, put her in a baby seat and wrapped her in silk and drove. It was just life changing, it was horrific.

Kendal is 19 years old and she is an absolutely strong and beautiful girl. I am in awe every day of what she can achieve. She is completely stubborn and pushes all the boundaries: she plays AFL, she rides horses, she does all the things we thought she would never be able to do.

It was an incredibly hard journey to get to this point and I am so grateful to be here.

Kendal was born at the Shepparton Base Hospital. She had a small mark like a blister on the top of her foot. The next day she had a blister on her hand too. We were lucky that an amazing paediatrician, Dr Peter Eastaugh, was at the hospital and identified it may be EB. We found out later Kendal’s EB was due to a mutated gene.

Within the first few days Kendal had basically kicked all the skin off her legs and worn it off her hands. It came to the point where the hospital staff told us to get her to the Royal Children’s Hospital. It was horrifying, it was so scary that no one knew what to do with her, and it got to a point where the nurses were saying she needed to be out of there. We had to immediately drive her to Melbourne because there were no ambulances available.

So we picked up this gorgeous little thing, put her in a baby seat and wrapped her in silk and drove. It was just life changing, it was horrific. We didn’t know what was going to be left of her when we got down to Melbourne. It seems like an exaggeration, but she had pretty much kicked all the skin off her legs, she was rubbing her fingers like babies do and losing off her hands. She was touching and grabbing her face and losing skin off her face and yeah it seems like an exaggeration, but it wasn’t it was pretty scary.

Once we got to Melbourne were introduced to silk and Vaseline and special bandages which became our life for the next few years. Bandaging and caring for this beautiful little baby.

When she was a baby it was tough. She didn’t know the effects of her movements, she was kicking against herself, grabbing her face, skin was coming off. When she wanted to be picked up we had to do it carefully because you couldn’t grab her under the arms.

Early school was also tough for her, people would look at her, kids would make comments, it was a tough period for her. I don’t think people can really understand what she deals with. At school she would write with one hand one day and the other the next because of the blisters.

As she has gotten older she still deals with EB but she won’t stop. She even plays AFL. There’s nothing she can’t or won’t do. I’ve never seen a toughness like it.

My wife was incredible. If you have EB you’d want her to be your mum. I remember her putting Kendal in a bath and taking her out and there was skin and blood everywhere and then she had to dry her somehow and then do that every day. She was just unbelievable.

When Kendal was born there was little assistance. There was no EB Research Partnership, there was no awareness. We’re friends with Corey and Kelly and their daughter Tilly and I can see the difference between Tilly and Kendal growing up.