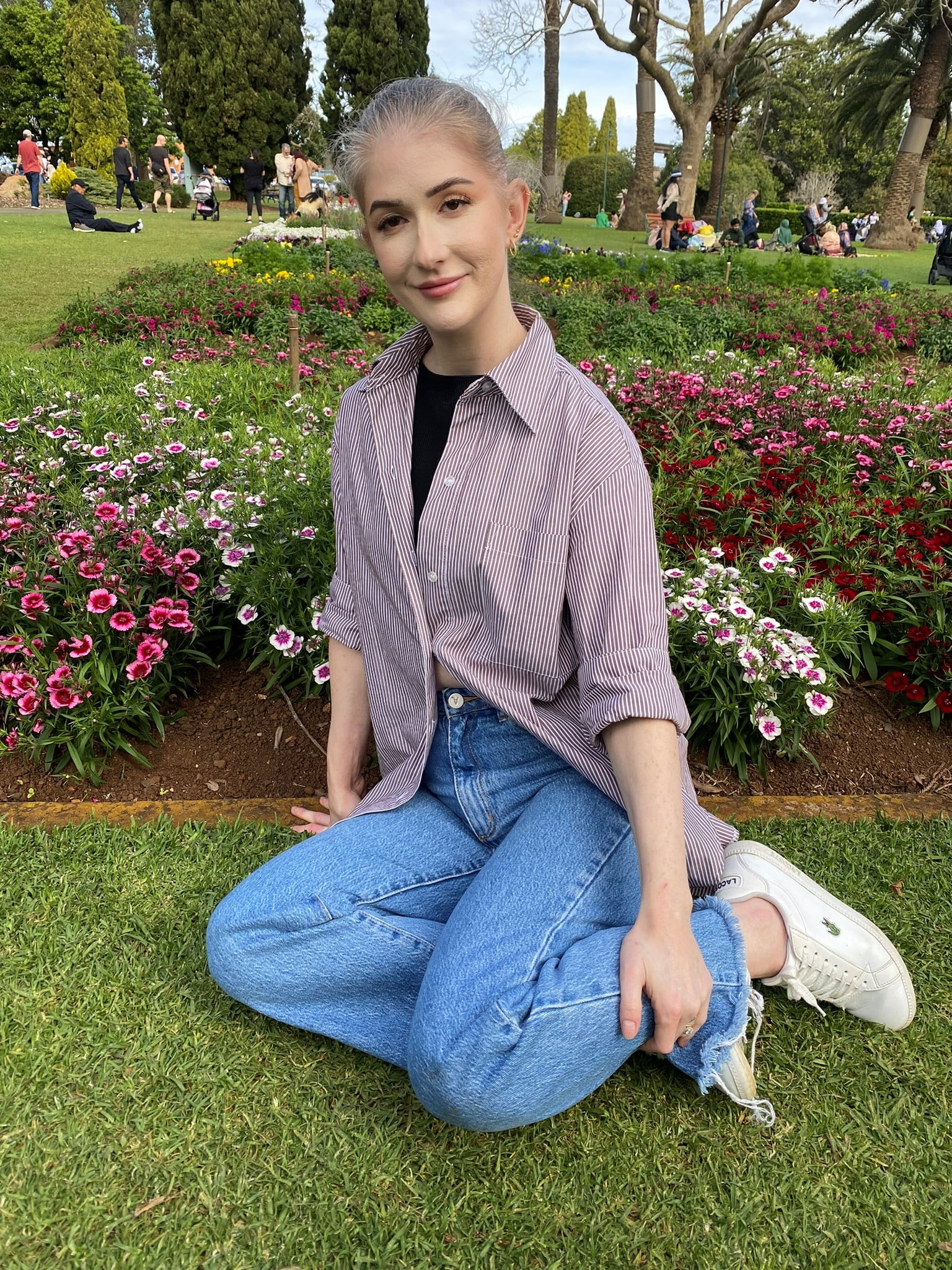 My name is Renae and I was born with EB Simplex. It was obvious at birth as I had abrasions and areas of skin missing from my feet, the front of my legs and the inside of my arms. I continued to lose more skin with every movement so, for my transfer to Royal Brisbane Hospital, my limbs were wrapped in plastic-wrap.

There had been no history of EB on either side of my family, so when I was diagnosed with Epidermolysis Bullosa, it was determined to be a ‘fresh’ gene mutation (typically affecting 1 in 360,000 people).

During the first six months of my life, a nurse visited three days a week to assist with my dressings, lancing blisters, bathing, and splints which were used to prevent contracture from scar tissue. My skin would blister or shear with the slightest touch; I learned to crawl on my hands and feet, and did not walk until I was 16 months old. As I grew, the condition of my skin slowly improved, however, dressings were still a daily requirement. A skin biopsy when I was about three years old, further identified my EB subtype as Simplex Dowling Meara.

By the time I reached primary school I was managing my own dressings, but my greatest challenge was schoolyard bullying with one student deciding they could not be near me because they believed they would ‘catch’ what I had. I have carried the pain of bullying into my adult life, and it has taken me some time to heal myself.

I have always had issues with blisters on my feet, although it has not stopped me from wearing high heels – sometimes fashion won over comfort! As a result of my EB, I have been gradually losing my hair most of my life, assuming that scarring damaged my hair follicles. This has progressed over the past couple of years, and I was diagnosed recently with Alopecia.

Last year, my husband and I decided to begin genetic counselling, so that we could potentially start a family. Previous genetic testing for my condition came back inconclusive, but this time the ‘gene fault’ was found. This was great news for us. The geneticist advised me that the specific gene fault that caused my EB was also associated with Dilated Cardiomyopathy, a heart disease. Testing found I had in fact developed dilated cardiomyopathy, in addition to considerable scar tissue around my heart. I have now had surgery for an Implanted Cardioverter Defibrillator (ICD) because of the risk of my heart falling into an arrhythmia or stopping. Whilst Cardiomyopathy is not rare, the reasons I developed the condition is due to EB. We hope to start a family soon, with the help of a team of specialists.

I have read the stories of other people and families living with EB and I am in awe of their strength, bravery, and perseverance and I hope that a cure is found in the future.